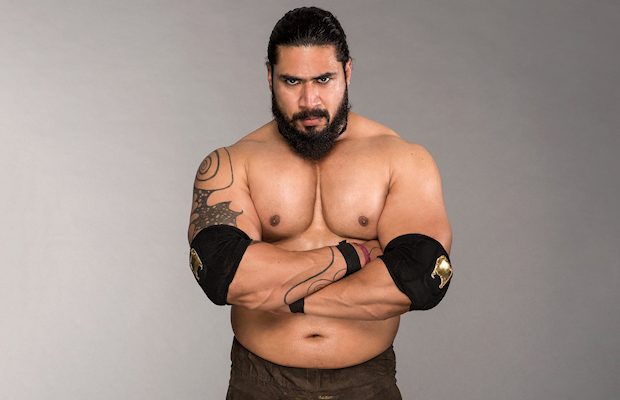 – Amanpreet Singh, better known to fans as Mahabali Shera in Impact Wrestling, made headlines earlier this year when he joined the WWE Performance Center. Since making his in-ring debut in March, he’s been working NXT house shows in Florida and at last night’s live event in Lakeland, he debuted a “dark” persona.

The official Instagram account of NXT posted this photo of Singh before his match and added: “@mahabalishera rises from the darkness in #NXTLakeland to compete tonight!”

@mahabalishera rises from the darkness in #NXTLakeland to compete tonight!

Singh only wore this garb to the ring as he wrestled in his usual black trunks and boots attire. He lost to Kassius Ohno.

– In this backstage interview with Charly Caruso at Raw on Monday, Big Show comments on the announcement of WWE’s first all-women’s pay-per-view, WWE Evolution, and how the changing landscape of sports-entertainment makes him feel as a father.

– Raising awareness for brain health, Natalya joined renowned journalist and author Maria Shriver in a workout as part of Move for Minds.