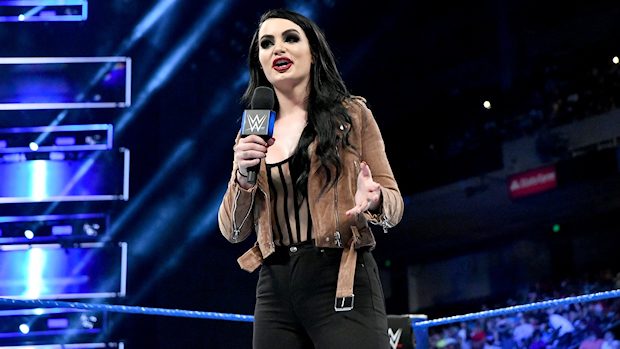 – The SmackDown Tag Team Championship will be on the line tonight as The Bludgeon Brothers defend the titles against Luke Gallows and Karl Anderson on SmackDown LIVE.

Harper and Rowan clashed with the so-called “good brothers” on Sunday during the WWE Money in the Bank Kickoff in a hard-hitting showdown for the titles. Gallows and Anderson had Harper in position for the Magic Killer and appeared to be on the verge of winning the titles, only for Rowan to take Karl Anderson out, leaving Gallows susceptible to a double-team powerbomb that allowed The Bludgeon Brothers to retain.

SmackDown LIVE General Manager Paige was apparently eager to see these four go at it again, as she announced the rematch for tonight via Twitter.

#MITB was exciting! … but that was Sunday. This is Tuesday and tonight is #SDLive! So let’s make an exciting title match…

Soooo the tag team champions, the #BludgeonBrothers will defend their titles against @LukeGallowsWWE and @KarlAndersonWWE.

Daniel Bryan, Big E, Samoa Joe, The Miz and Rusev will take part in a Gauntlet Match to determine who will challenge Styles for the WWE Championship at WWE Extreme Rules on Sunday, July 15.

Upon arriving at the Huntington Center in Toledo, Ohio today for SmackDown LIVE, The Miz says he’s ready for tonight’s Gauntlet Match and believes he will and go on to become WWE Champion at Extreme Rules.

In this video, Dasha Fuentes takes a deeper look at tonight’s Gauntlet Match for a WWE Championship opportunity as the competitors arrive at SmackDown LIVE.

– WWE Top 10 takes you back to this week’s Monday Night Raw to revisit the show’s most thrilling, physical and controversial moments.