Paige Wrestles First Match In Over A Year, Nia Jax Has A Surprising Encounter With Enzo Amore, Main Event - PWPIX.net

Paige Wrestles First Match In Over A Year, Nia Jax Has A Surprising Encounter With Enzo Amore, Main Event 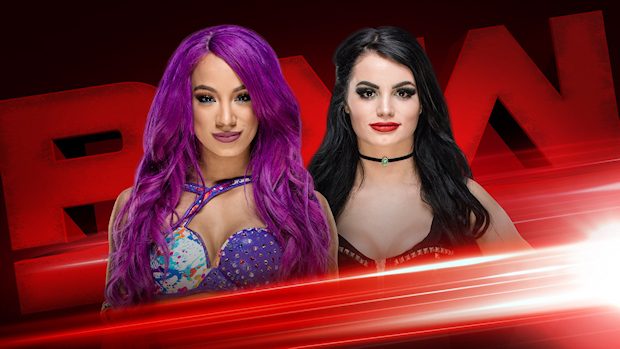 – Paige hadn’t competed in over a year before going one-on-one with Sasha Banks on Raw. That inactive streak officially came to an end with her victory over The Boss, though the former Raw Women’s Champion’s woes didn’t stop at just an in-ring defeat.

After taking out Bayley and Mickie James, who were backing Sasha at ringside, Absolution launched a post-match attack on Sasha, who tried and failed to entice her into their ranks last week.

– In an interesting turn of events on Raw, Nia Jax had a surprising encounter with Enzo Amore where she appeared to flirt with the WWE Cruiserweight Champion backstage. The Total Divas star had a question for Enzo that left “The Certified G” at a loss for words.

* Akira Tozawa vs. The Brian Kendrick

* Heath Slater and Rhyno vs. Luke Gallows and Karl Anderson