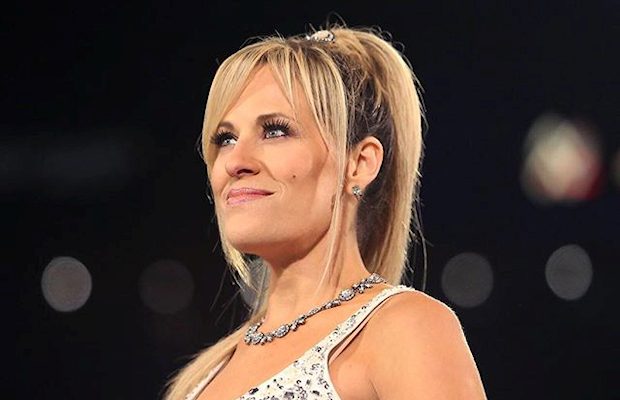 – Former WWE ring announcer Lilian Garcia was backstage at Monday’s Raw at the STAPLES Center in Los Angeles, California — she lives near Los Angeles — getting interviews for her podcast, Chasing Glory with Lilian Garcia.

Backstage @WWE Monday Night Raw getting some interviews for #ChasingGlory ! Who will be my next victim 😈 🤣👊🏼🙌🏼 #real #raw #inspiring @podcastone

– Both Aleister Black and No Way Jose suffered injuries over the course of this past weekend’s NXT live event tour, PWInsider.com has confirmed. The injuries are apparently not serious, but WWE decided to hold them off the last NXT show of the weekend in Bel Air, Maryland. That is why Adam Cole worked twice at that show.

After beating Chad Lail, Cole got on the mic to say there’s no one in NXT on his level. This led to Lars Sullivan coming out. The two had a match, which ended with Bobby Fish and Kyle O’Reilly attacking Sullivan to cause a disqualification. SAnitY then came out and beat up Fish and O’Reilly. They then threw Cole back into the ring and Sullivan laid him out.

– Incredibly fast submission victories are highlighted in the latest edition of WWE Top 10.