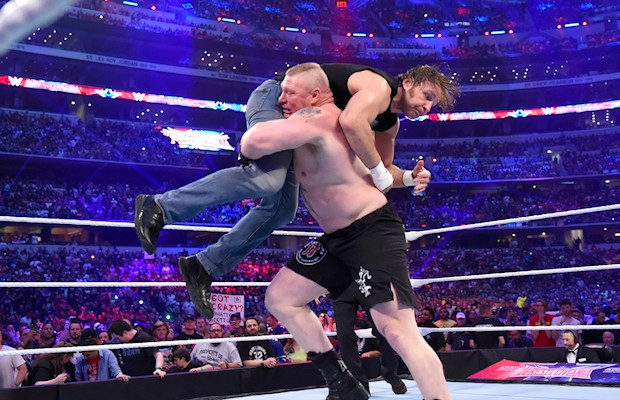 – Brock Lesnar is expected to feud with The Wyatt Family now that he defeated Dean Ambrose in the No Holds Barred Street Fight at WrestleMania 32 last night. Paul Heyman spoke with Bleacher Report to promote last night’s pay-per-view and indicated Lesnar might be going for the WWE World Heavyweight Title again:

There is certainly unfinished business with the Wyatt Family, which will be addressed when Brock Lesnar feels like it, at his whim, at his leisure, and convenience and at his pleasure as well. Obviously, the goal for Brock Lesnar is always to be the reigning, and here’s the key word defending, undisputed WWE heavyweight champion of the world, so whomever comes out of the Triple H versus Roman Reigns match for the title is going to have Brock Lesnar breathing down their neck.