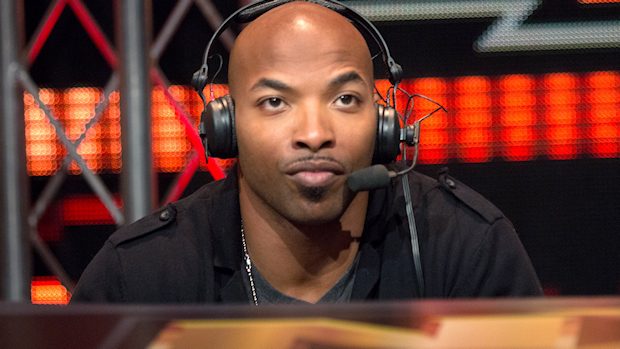 — At last week’s NXT television tapings at Full Sail Live in Winter Park, Florida, Mauro Ranallo and Nigel McGuinness called the action alongside Beth Phoenix instead of Percy Watson. PWInsider.com reported that Watson is still with WWE, but it now appears that he quit.

“DEAD at Percy Watson quitting NXT,” Michael wrote. “He wants to do acting and not be a commentator/personality/wrestler apparently.”

He wants to do acting and not be a commentator/personality/wrestler apparently.

WWE.com still has Watson listed as a member of the NXT roster.

— On Thursday, Becky Lynch returned home to her native Ireland with the Raw and SmackDown Women’s Championships, earning a thunderous reception from the WWE Universe inside Dublin’s 3Arena.

Lynch beat Charlotte Flair in the main event by forcing her to submit to the
Dis-arm-her.