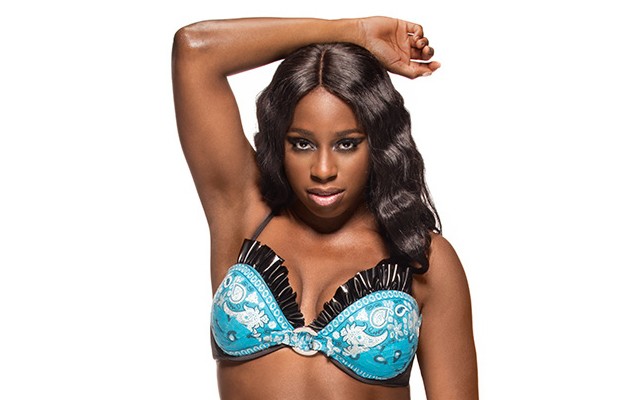 – Xavier Woods shows the new WWE SuperTokens in action in this new video from his “UpUpDownDown” YouTube channel. As noted, the SuperTokens are now available at GameSpot for the WWE SuperCard mobile game.

– It looks like Alberto Del Rio will not be on this week’s WWE SmackDown. There was a segment between The League of Nations and WWE Tag Team Champions The New Day to promote WrestleMania 32 but Del Rio was not there.

– As noted, Emma and Summer Rae did a run-in during Paige vs. Naomi at tonight’s WWE Main Event tapings in Boston, leading to speculation that the multi-Divas match may be a 5-on-5 with Emma, Summer, Lana, Naomi and Tamina Snuka vs. Brie Bella, Paige, Natalya, Alicia Fox and a partner to be announced. WWE posted this photo of the new Team BAD backstage tonight: