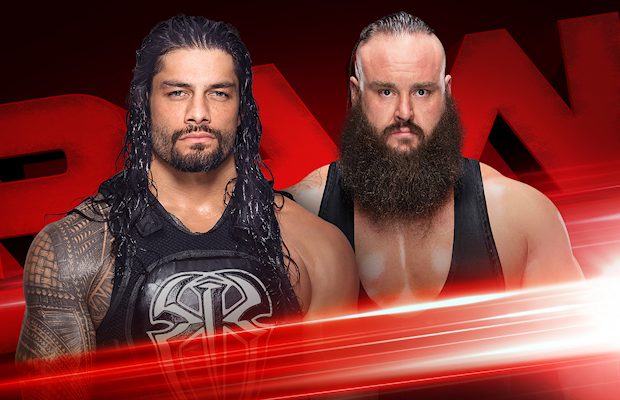 – WWE posted this video of new WWE Cruiserweight Champion Akira Tozawa getting his custom plates added to the title. As noted, Tozawa won the title from Neville on Monday’s RAW in Boston but will defend it in Neville’s rematch at Sunday’s SummerSlam pay-per-view.

– Roman Reigns vs. Braun Strowman in a Street Fight plus a match with free agent John Cena is being advertised for next Monday’s post-SummerSlam WWE RAW from the Barclays Center in Brooklyn. SmackDown will take place from the same arena the next night and advertised locally for that show is Randy Orton, Shinsuke Nakamura and WWE United States Champion AJ Styles vs. Kevin Owens, Baron Corbin and WWE Champion Jinder Mahal. These are likely the dark main events. These dark main events were changed in the last week as the arena previously had Reigns vs. Strowman and Samoa Joe vs. Wyatt plus Corbin vs. Nakamura and Orton & Styles vs. Owens & Mahal advertised. WWE Universal Champion Brock Lesnar is still not being advertised for the post-SummerSlam RAW but he is scheduled for the August 28th RAW from Memphis.

– Nia Jax, Apollo Crews, Kalisto, Bayley, Charly Caruso and WWE Ambassador Dana Warrior held an anti-bullying rally at the Boys & Girls Club of Kips Bay on Tuesday afternoon. Below are some photos from the event:

WWE #Raw Superstars made a stop at @BGCA_Clubs of #KipsBay to share some advice on how to stand up to bullies. pic.twitter.com/K9N8A9BqrO