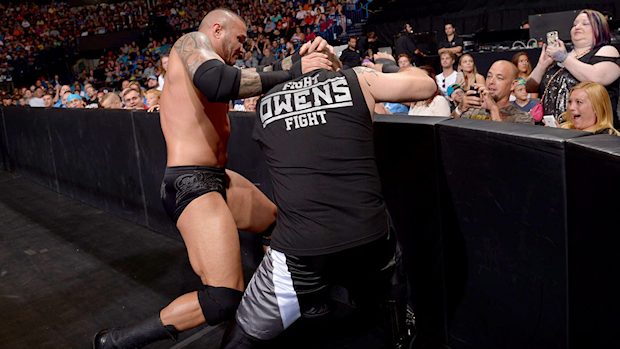 – Randy Orton gorged on some McDonald’s this week — an Egg McMuffin® Egg Sandwich, a hash brown and Minute Maid® Orange Juice — and apparently took a shot at Kevin Owens’ weight in the process. Check out what The Viper posted on Instagram.

Don't judge me @metabolicmeals @1stphorm @emergefitnesstraining I needed the calories. Also I'm training for a potential confrontation with @fightowensfight

Rusev responded to the post, writing, “Double it then.”

Orton appeared on Edge and Christian’s podcast last month and said he’s jealous that Owens can get over as a fat guy.

“I guess Kevin Owens has it figured out. He started fat and he’ll finish fat,” Orton said with a laugh on E&C’s Pod Of Awesomeness. “He’s trying to get himself over as the fat guy that can fight. Bless his heart, that’s great. I’m jealous.”

Birthday Joy in a box pic.twitter.com/Wmv9wlticB