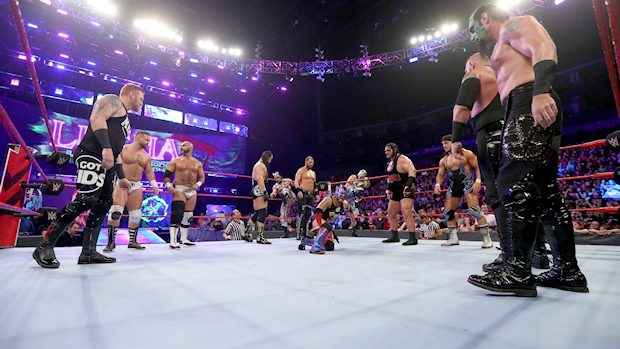 Raw kicked off with a Tag Team Battle Royal to determine the captain of Raw’s Survivor Series team for the 5-on-5 Tag Team Traditional Survivor Series Elimination Match. It abruptly ended when Braun Strowman came out and destroyed everyone in sight.

You know who's NOT in the mood to watch this #BattleRoyal?@BraunStrowman!!!! #RAW pic.twitter.com/B5Of7meuFU

A second Tag Team Battle Royal took place later in the show, with Bobby Roode and Chad Gable last eliminating The Ascension to score the win. They will captain the team of The Ascension, The B-Team, The Lucha House Party and The Revival. The latter four teams qualified for the match by not being eliminated first. Heath Slater and Rhyno also competed in the Tag Team Battle Royal, but they got eliminated first since Slater got tossed out of the ring.

Only two teams are on Team SmackDown: The Usos and The New Day. The other three teams should be determined tomorrow night.

Finn Balor and Bobby Lashley round out Team Raw for the Men’s 5-on-5 Traditional Survivor Series Elimination Match.