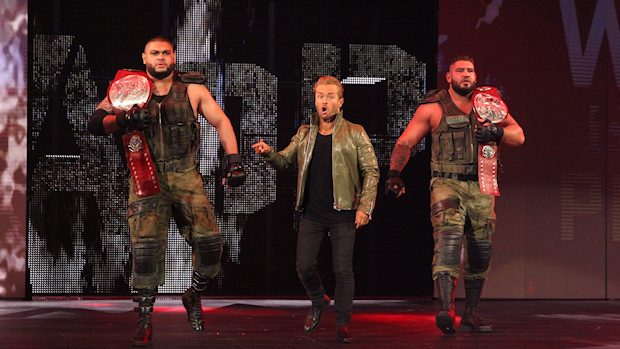 – Two matches are set for Raw this Monday in Milwaukee, Wisconsin including a title bout.

WWE has announced that AOP will defend the Raw Tag Team Championship against Bobby Roode and Chad Gable next Monday.

Roode and Gable defeated AOP in a non-title match on Raw this week, with Gable jumping off the top rope and pinning Akam with a sunset flip after Akam shoved Roode to the outside.

Elias vs. Bobby Lashley is also set for Raw. Elias has been feuding with Lashley and teamed with Braun Strowman and Finn Balor against Lashley, Baron Corbin and Drew McIntyre in a Six-Man Tag Team Elimination Match on this week’s show.

– The latest edition of “WWE List This!” with Vic Joseph lists the five men with the most championships in WWE history (not including the WWE Hardcore Championship). They are Christian (19), Chris Jericho (24), Triple H (24), John Cena (25) and Edge (31).

– WWE’s Mixed Match Challenge playoffs start next Tuesday at 10 p.m. ET/7 p.m. PT. Here is a tutorial on how you can catch all the action.