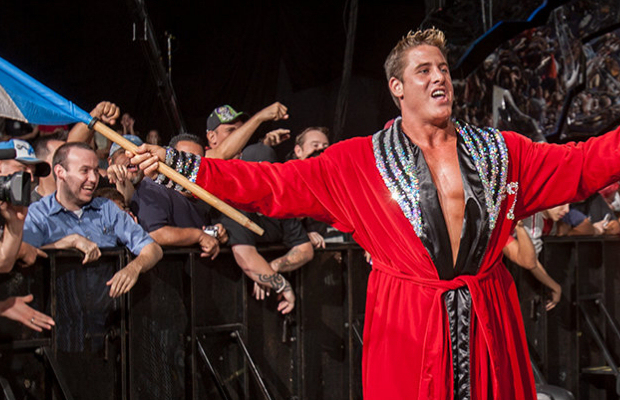 In a revealing interview with The Hannibal TV, Rene Dupree says the Chris Benoit double-murder and suicide led him to ask for his contractual release from WWE in June 2007. Highlights from the interview are as follows:

Dupree on what it was like to work with Chris Benoit:

He was another very quiet, intense individual. Very polite, but when he drank alcohol you could see there was problems there. You saw a very evil person. And that has to do with neurological damage, now that I know cause I speak with neurologists. And when you have lots of head traumas, and I know from personal experience you’re drinking alcohol you black out and become very violent. And I suffer from that as well now.

Dupree gives his theory on the Benoit double-murder and suicide:

Well I like to talk about one thing that nobody talks about. There was another body found that day, another wrestler died that day that nobody talks about and he was kin to Chris. His name was um, Biff Wellington. Stampede Wrestling, that was Chris Benoit’s former tag team partner. And they did tours together in Japan, and he was found the same day that Chris was found dead. He was found dead in Alberta. Now we all know that there was text messages between different wrestlers and Chris, right? To the office, Chavo Guerrero. I would like to know if there was any communication between Biff Wellington and Chris, that’s what I’d like to know. Cause that’s an eery coincidence to me.

The death of Eddie Guerrero:

That was hard, I still cry about it to this day if I think about it too much. The two smoothest guys I’ve ever been in the ring with were Eddie Guerrero and Tatsumi Fujinami. Ya that one, that one, I don’t want to talk about that one.

When asked why he asked for his release from WWE, Dupree said the Benoit’s double-murder and suicide indirectly affected his future with the company:

Again, the Chris Benoit thing. And then I relapsed. I relapsed on my drug of choice at the time. Sitting at home looking at the TV, I mean it was on every channel. Every channel, Nancy Grace, just everybody was ripping into your profession and this here is a guy that you’ve looked up to and all of a sudden it’s, you know what I mean? And just coming out of rehab, and this happens. And my rehab was in Atlanta of all places. It’s kind of creepy. Ya I relapsed off that. I said you know what, I actually listened to what they told me in there, I don’t want to die. I don’t want to be a statistic. Ya I love the wrestling business but I’m not gonna die for it, sorry. I have way too much to live for, I come from a very wealthy family (chuckles). Sorry.

Vince McMahon wasn’t happy with his decision to leave:

Ya, the initial plan was you know what — and [John Laurinaitis] wouldn’t accept it at first he was like ‘give you a week to think about it’. Cause he did not want to get rid — and I actually did show up at TV in Corpus Christi to say goodbye to everybody. And if looks could kill, the way Vince [McMahon] was looking at me, I’d be dead. The death stare. He doesn’t like when people leave, he didn’t want to understand, but here’s the deal dude the last thing you needed was a dead 23-year-old on your roster. That’s exactly where I was headed. So it’s best for me and it was best for them.