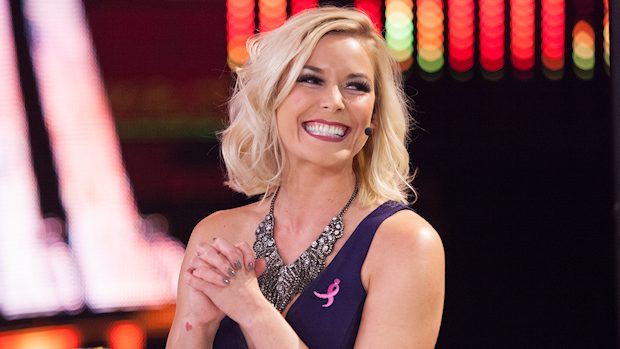 — Renee Young has a few tattoos, but they’re usually not noticeable on WWE television or even in photos. The WWE broadcaster got more ink in a similar vein as she took to Instagram to show off a tattoo of a rose she got today in Las Vegas, Nevada on the right side of her torso.

So fresh and so pink pink. @starlighttattoolasvegas

Other tattoos Young has include a heart on her ring finger, a stylized crescent moon on her right bicep, what appears to be the collision emoji behind her right ear, and a flower on her lower back (also known as a tramp stamp).

— Sometimes, a WWE Superstar can terrify fans before they ever set foot in the ring. The latest edition of WWE Top 10 pays homage to these spooky Superstars by counting down the 10 creepiest vignettes in WWE history.

— Former WWE Superstar Alex Riley turned 38 years old on Saturday. He posted this old WWE video a few days ago on his Instagram account of him making his ring entrance.