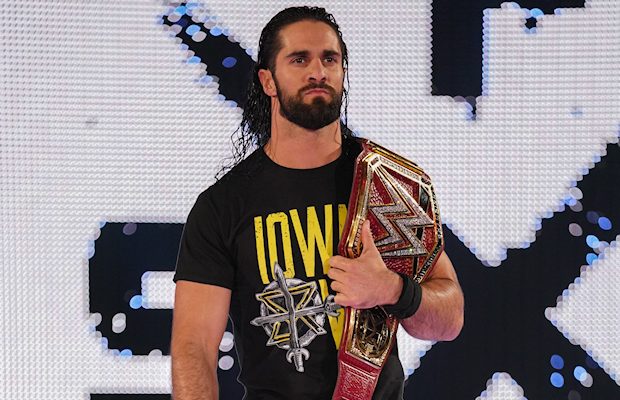 — Universal Champion Seth Rollins made a surprise appearance at last night’s NXT live event since it took place in his hometown of Davenport, Iowa.

Rollins, who came out wearing the Universal Championship, cut an in-ring promo. Rollins talked about beating Brock Lesnar at WrestleMania 35 and said that when he was in NXT, he never could have imagined a show taking place in Davenport, Iowa.

WWE posted a video of his appearance, which also features a backstage interview.

— Killian Dain could be leaving SmackDown LIVE for Raw as there is talk of the absent WWE Superstar changing brands.

After Eric Young joined Raw last week in the Superstar Shake-up, Dain announced on Twitter and Instagram that SAnitY has disbanded. Alexander Wolfe is now apart of NXT UK after appearing at last Saturday’s television tapings in Glasgow, Scotland.

Although Dain is officially listed as a member of SmackDown LIVE, it’s not considered permanent by the WWE creative team. His status is up in the air since they don’t have any ideas for him. When they decide to utilize him, they’ll also decide if he fits better on Raw or SmackDown LIVE.