Rey Mysterio "Is Very Close To Returning" To WWE, Why Gran Metalik Disappeared From 205 Live - PWPIX.net

Rey Mysterio “Is Very Close To Returning” To WWE, Why Gran Metalik Disappeared From 205 Live 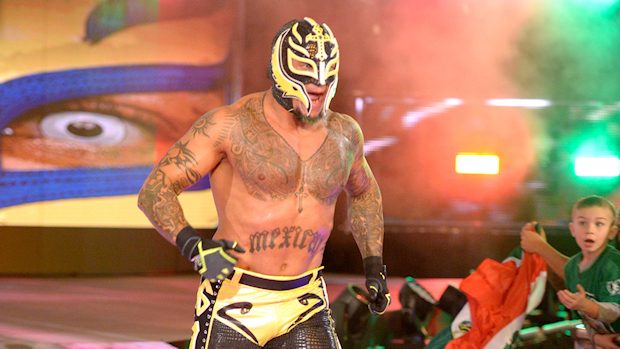 – Rey Mysterio Jr. is very close to returning to WWE, according to Dave Meltzer in the Wrestling Observer Newsletter.

It appears that his last independent dates take place during the first weekend of September. Mysterio is advertised to appear at ALL IN on September 1 at the Sears Centre in the Chicago suburb of Hoffman Estates, Illinois, where he will team with Rey Fenix and Bandido against The Young Bucks and Kota Ibushi. He’s got a booking scheduled the next day and Meltzer believes that’s Mysterio’s last one.

WWE officials wanted him to return this month, mostly to keep him from appearing at ALL IN.

– According to Dave Meltzer in the Wrestling Observer Newsletter, Gran Metalik has not appeared on 205 Live in recent weeks due to issues related to his work visa. He’s in Mexico trying to get those issues sorted out.

Prior to his disappearance, Metalik had been teaming with Kalisto and Lince Dorado in a trio group called Lucha House Party. In their last TV appearance, the trio lost to Drew Gulak, The Brian Kendrick, and Gentleman Jack Gallagher in a Six-Man Elimination Tag Team Match on June 26.

Related ItemsGran Metalik NewsRey Mysterio News
← Previous Story Update On Daniel Bryan’s WWE Status, Are WWE Officials Upset With Him?
Next Story → Chelsea Green Says Her Relationship With Zack Ryder Makes Her Want To Be With WWE Even More