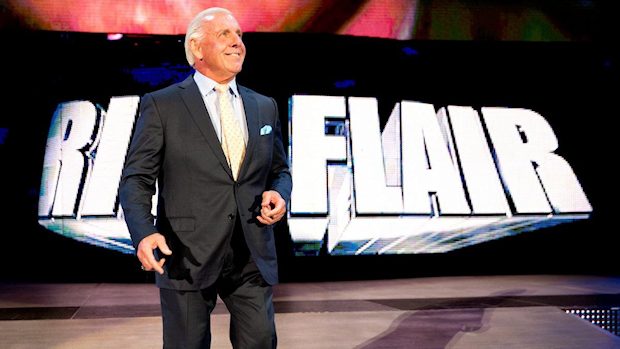 WWE.com spoke with his daughter Charlotte Flair, who explained that his procedure was rooted in the health issues Ric experienced last fall.

“While some may have assumed that the effects [of his health problems last August] may have slowed down my father’s lifestyle, he really embraced it all, has ended up doing more work in the last couple months than in the previous few years and is enjoying life,” Charlotte said. “However, when he was told that he had the opportunity to possibly reverse some of the effects of the initial surgery, my father decided it was something he wanted to try, and he was very positive about the procedure.”

“Now, he is out of surgery, and everything looked to have gone as good as they had hoped,” Charlotte continued. “The only thing that remains to do at this point is to wait to make sure everything is working as it should. If it all goes well, he should be out for the hospital in the next three or four days.”

“Though he was a little groggy, we did share a ‘Woo!’ before getting off the phone, and that was how I knew everything was OK,” said Charlotte, referring to their Facetime conversation immediately after the procedure.

Thank you for the prayers and messages 🙏🏻 Dad is doing GREAT!!