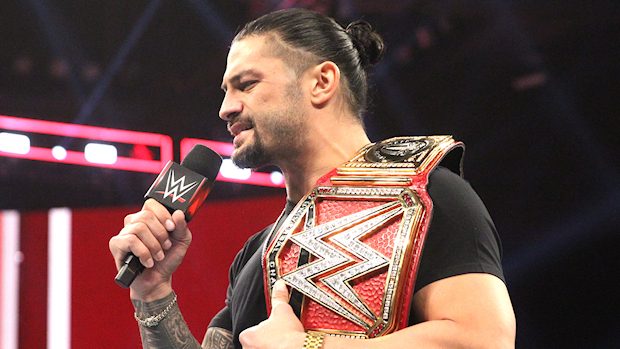 – In the opening moments of Raw, Roman Reigns announced that he has been living with leukemia for 11 years and the disease’s return would force him to relinquish the Universal Championship and take a leave of absence from WWE. Reigns’ sabbatical from WWE apparently won’t prevent him from making appearances across the United States as ACE Comic Con announced today that he will appear at one of their events next year.

Reigns, Alexa Bliss, Charlotte Flair, and Lilian Garcia are among the celebrity guests scheduled to appear at ACE Comic Con Arizona on Friday, January 11, 2019, in Glendale, Arizona at Gila River Arena. Fans will have the opportunity to meet all four as they will be signing autographs and doing photo-ops. Garcia will also moderate Q&A panels with Reigns, Bliss, and Flair.

– You can add Vickie Guerrero to the list names who will be at WWE Evolution tomorrow night. The former WWE star revealed on Twitter that she will be there to work with the women who are performing on the show.

On my way to WWE Evolution to work with inspiring and empowering women that are showcasing their amazing talent on the first ever all women ppv!! #wwe. #evolution. #excuseme. #guerrero. #welldeserved pic.twitter.com/GlWtBytXnk

– The Bella Twins are scheduled to appear on The View this Wednesday, according to TV Guide. The daytime talk show airs at 11:00 a.m. ET on ABC.