Kelly Kelly Gets Ready For Evolution With Former WWE Champion’s Help, Madusa On Her Wrestling Return 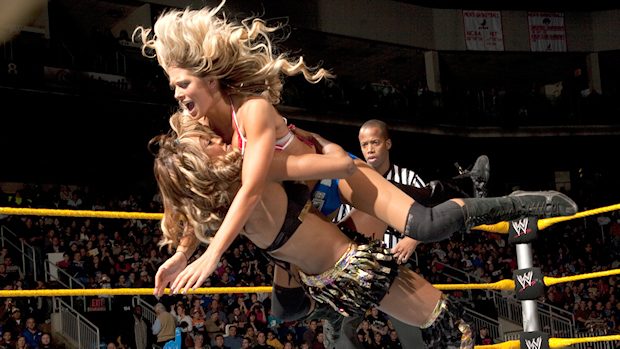 – WWE Evolution will see the wrestling return of Kelly Kelly as the one-time Divas Champion is scheduled to compete in the Women’s Battle Royal. To get ready for the match, Kelly (aka Barbie Blank) trained with former WWE Champion Rob Van Dam and independent wrestler Katie Forbes last Sunday at Santino Bros. Wrestling Academy in Bell Gardens, California.

Forbes posted the following on their training session:

Kelly replied, “Had the best time training with you babe thank you so much for getting off my ring rust hehe.”

The Women’s Battle Royal will also see the wrestling return of WWE Hall of Famer Alundra Blayze (aka Madusa), who hasn’t competed for WWE in nearly 23 years after throwing the WWF Women’s Championship into a trash can on WCW Monday Nitro on December 18, 1995. Ahead of tomorrow night’s match, Blayze tweeted the following:

Thank U. Even if it’s been 18 to 20 years since I stepped in the ring and took a single bump, I’m excited. I am very honored to represent the past, then, golden era of women that need to be recognized, heard and appreciated. #GoldenEra #Useyourvoice https://t.co/vqVVHQF1lJ