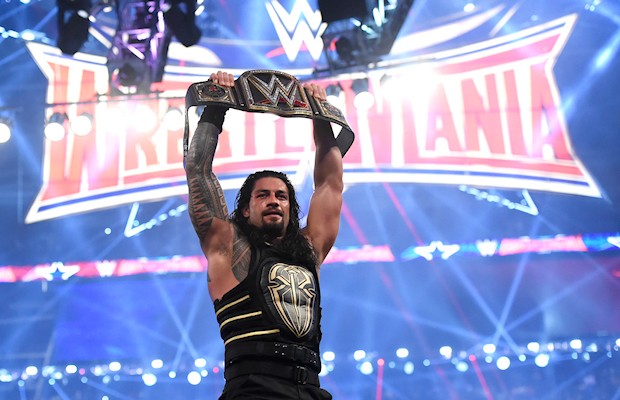 – Below is video of WWE Hall of Famer Sika celebrating in the crowd after his son Roman Reigns won the WWE World Heavyweight Title at WrestleMania 32 last night:

– We noted how Bill Goldberg was rumored to return to WWE at WrestleMania 32 last night but obviously did not. He tweeted the following on the rumors last night:

Never in the cards to show up tonight but I refused to spoil it for everyone by commenting…..thank you all for giving a shit

– The Rock won’t be appearing on tonight’s post-WrestleMania RAW, for those wondering if he might. He tweeted the following and has returned to Georgia to work on Baywatch:

Just landed back back in Georgia (from Texas) a few hrs ago. 2 big cups of unleaded in hand. Let's work. #KickinMondaysAss (we hope;)