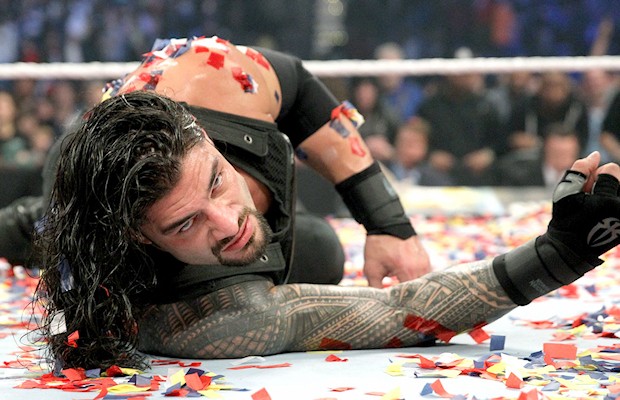 Minutes after Roman Reigns defeated Dean Ambrose at Survivor Series to prevail in the WWE World Heavyweight Championship Tournament, Sheamus cashed in his Money in the Bank contract and pinned Reigns to snatch the title from him. So why didn’t Reigns leave the show as champ?

The major concern WWE higher-ups have about Reigns having the WWE World Heavyweight Championship is that they don’t won’t him to be booed when he’s champion, Dave Meltzer said on Wrestling Observer Radio. The idea is to build goodwill prior to his eventual win, not only with angles but also with outside appearances which focus on the man behind the character.

One night after being robbed of the WWE World Heavyweight Championship, Roman Reigns battled the returning Rusev on Raw. The match ended after Sheamus’ running mate King Barrett nailed Reigns out with a Bull Hammer to cause a disqualification, then produced a chair to continue the attack. Reigns got up and dispatched Barrett and Rusev with the chair before turning it on a Sheamus.