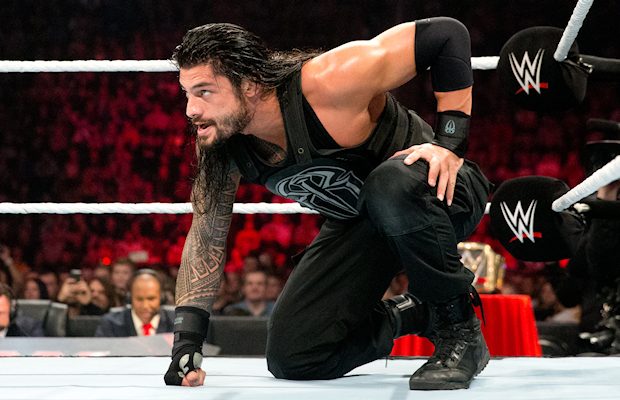 – Below is video of Roman Reigns talking to Mike Rome after his win over Samoa Joe and Braun Strowman on last night’s RAW. Regarding momentum going into the SummerSlam Fatal 4 Way with WWE Universal Champion Brock Lesnar, Reigns believes he has it all now. Reigns says there can only be one winner, one man on top and we saw who that was on RAW. Reigns says he doesn’t like to brag or list his resume, he just tries to show the people what he’s all about and that’s what he does every night.

– Former WWE Universal Champion Bill Goldberg has booked a role on ABC’s The Goldbergs, according to PWInsider. The sitcom follows a family from the Philadelphia area and is set in the 1980s. Goldberg will be playing the brother of Coach Mueller, who is the gym teacher at the high school that the kids from the family attend. The creator of the show, Adam Goldberg, is a big pro wrestling fan. The episode is set to film shortly as Goldberg participated in a table read of the script this week.