Roman Reigns On What His WrestleMania Match With The Undertaker Meant To Him - PWPIX.net 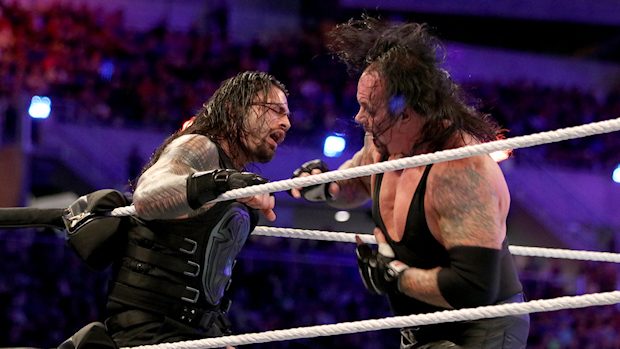 Roman Reigns and The Undertaker had a historic battle at WrestleMania 33 which could go down as Taker’s last match if taking off his hat, coat, and gloves afterward in such a ceremonious way was any indication.

During a recent conference call with international media members, Reigns opened up on what the match meant to him.

Roman continued to explain how he felt by revealing he not only understood the significance of the program but how much it meant that one of the two losses on The Undertaker’s WrestleMania record belonged to him.

“Being in the ring with the Undertaker, I was able to feel that respect for the business from him. I was able to feel that responsibility and also to see that weight lifted off of him. That was one thing that was really neat, but it was semi-concerning. The times that I’ve wrestled these legends, these guys who have plugged in all this time, you could see a sense of relief on their faces after the match. They could finally take a breath for once. And for me, I know that’s quite the responsibility.”

Related ItemsRoman Reigns NewsUndertaker NewsWrestleMania News
← Previous Story Which Member Of The Shield Could Be Turning Heel?, Bray Wyatt Not At Raw, How Old Is Tony Chimel?
Next Story → When Does Brock Lesnar’s WWE Contract Expire?