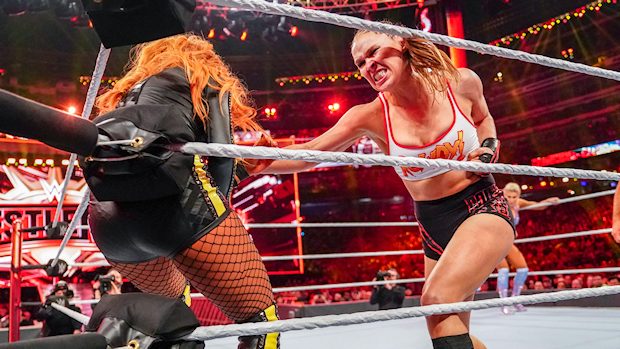 — In a vlog released Saturday on YouTube, Ronda Rousey showed herself getting X-rays on her injured right hand after losing the Raw Women’s Championship to Becky Lynch at WrestleMania 35.

As seen in the following video — beginning at the 13-minute mark — Rousey’s hand and wrist appeared to be bruised.

After Lynch beat Rousey and Charlotte Flair at WrestleMania in a “Winner Take All” Triple Threat Match for the Raw and SmackDown Women’s Championships, Dave Meltzer claimed on Wrestling Observer Radio that Rousey broke her hand during the bout from throwing punches. Meltzer, however, added that Rousey is scheduled to take time off from WWE anyway.

— During WrestleMania Week, 205 Live and NXT Superstar Humberto Carrillo got engaged at the Empire State Building in New York City.

— NXT Superstars open up about being a part of WrestleMania 35.