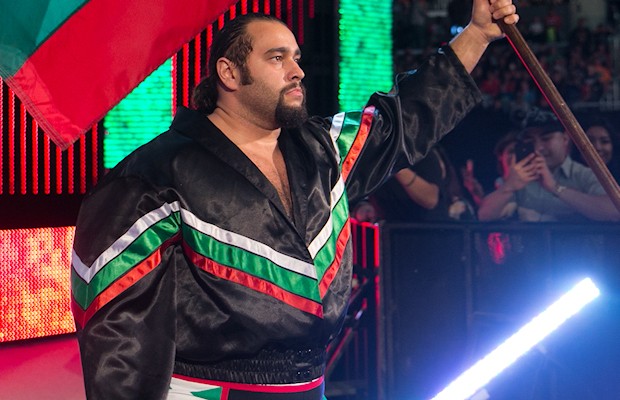 – WrestlingDVDNetwork.com has revealed the following “In Charge of WCW” extras that will be featured on WWE’s “Eric Bischoff: Sports Entertainment’s Most Controversial Figure” DVD and Blu-ray that comes out on June 7th:

– As seen on last night’s WWE RAW, Lana started a feud with Brie Bella and took shots at her husband Daniel Bryan. It’s interesting that Rusev also commented on Bryan today via Twitter, as seen below:

– Titus O’Neil responded to two tweets on Monday and acknowledged his WWE suspension. One was from WWE Hall of Famer Scott Hall, as seen below:

Nah…Put that pick towards someone who will be there @SCOTTHALLNWO thanks for the thought tho https://t.co/eIOIk6xcVN