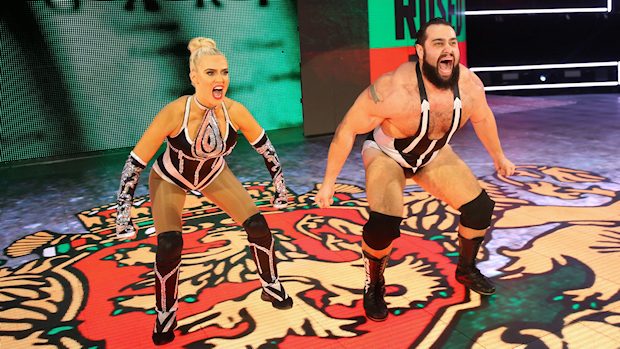 – Rusev and Lana are the victims of a burglary at their hotel room ahead of SmackDown LIVE tomorrow night in Memphis, Tennessee.

Rusev said in a tweet to Sheraton Hotels regarding the Sheraton Memphis Downtown Hotel that money and Lana’s camera were stolen from their room while it was being cleaned.

– One week after Braun Strowman defeated Bobby Roode and Finn Balor hit Kevin Owens with a Coup de Grâce off a ladder, all four WWE Superstars will meet in a Fatal 4-Way Match tonight on Raw to seize momentum before this Sunday’s Men’s Money in the Bank Ladder Match.

Roode did media interviews today to promote tonight’s show from the Verizon Arena in North Little Rock, Arkansas, including a TV interview with CBS affiliate THV11.

“We are less than one week away from the big Money In The Bank pay-per-view, so this is the go home show,” Roode said. “Of course, I’m involved in the Money In The Bank match itself. I have a big match tonight, the three other guys that are in the match with me from the RAW side — Braun Strowman, Kevin Owens, and Finn Balor — Fatal-4 Way match, so I’ve got my work cut out for me.”

– In this clip from last night’s all-new episode of Total Bellas on E!, Brie and Nikki Bella break the house rules and move furniture to find a cozy spot for Birdie to sleep for the night.