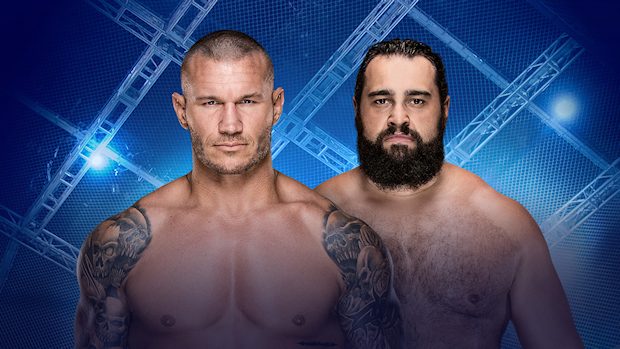 – Below is video of Rusev cutting a promo on tonight’s match with Randy Orton at the WWE Hell In a Cell pay-per-view. The Bulgarian Brute says he will break Orton tonight and then we will all celebrate Rusev Day.

– WWE has a new interview with SmackDown Women’s Champion Natalya on how she will make history at Hell In a Cell tonight with her match against Charlotte Flair. Natalya will surpass WWE Hall of Famer Trish Stratus’ record for the most pay-per-view matches of any woman in WWE history with 44. She commented on if she feels like she’s just hitting her stride in WWE:

“Somebody that I’d love to compete against is somebody that actually helped me become better with submissions and catch wrestling, and that’s Shayna Baszler. She was in the Mae Young Classic finals with Kairi Sane, and she just impresses me so much. We both have a passion and love for wrestling, and Shayna’s taught me a lot. But I would love to go toe-to-toe with her in a WWE Iron Man Match and put our submissions to the test. She would be a dream opponent for me.”

– No word yet on when Darren Young will make his return to WWE TV but he has been working live events as of late. Young worked as a heel this weekend, teaming with Elias, Goldust and Dash Wilder. They lost to the team of R-Truth, Heath Slater, Rhyno and Apollo Crews. You can see a photo of Young with his heel partners last night in Tulsa, OK below: