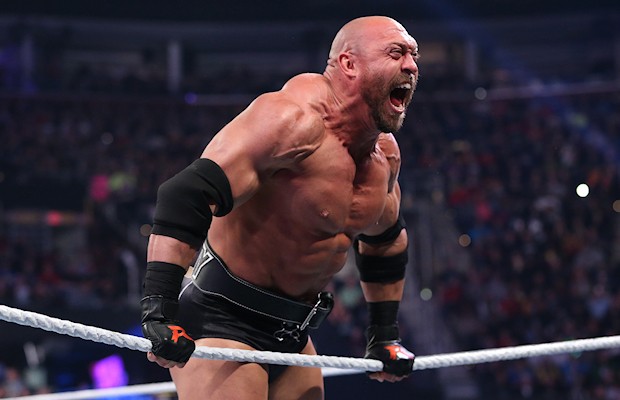 Ryback has been unable to go by his former wrestling name since leaving WWE, but that’s something he’s trying to change.

On an episode of his podcast that was released on Monday, Ryback said that he was attempting to change his real name to his wrestling identity.

As of now, it isn’t known if the attempt was successful. He still goes by “The Big Guy” on Twitter and is still being advertised under that name for his wrestling appearances going forward.

Ryback said the name change was something he felt had to be done because it wasn’t fair that wrestlers spend so much time in one place and then can’t use their brand and identity when they leave. He claimed there’s a big difference in being able to advertise himself as “The Big Guy” Ryback rather than just Ryan Reeves.

On the podcast, co-host Pat Buck noted some of the problems he’s had as a promoter where WWE and other companies have aggressively sent cease and desist letters over advertising material that featured wrestlers who used to work for them.