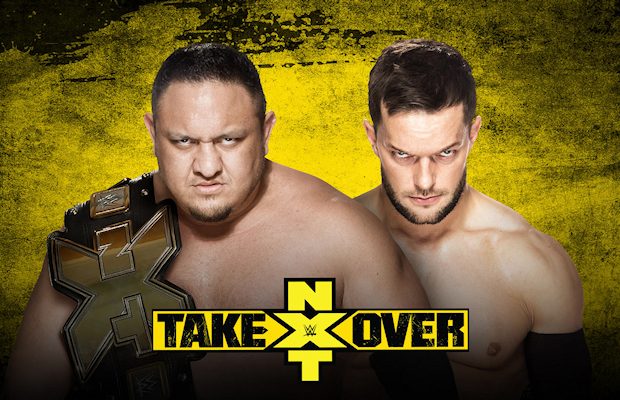 – In the video below, WWE NXT Champion Samoa Joe reacts to his win over Finn Balor at “Takeover: The End” last night. Joe talks about what he’s sacrificed for the title and declares that he is the undisputed NXT Champion. Joe says Takeover marked the beginning of his era and he believes no one else has enough to sacrifice.

– WWE has a new poll asking fans which WWE NXT Superstar made the biggest impact at Takeover last night – Samoa Joe, Asuka, The Revival, Shinsuke Nakamura, Andrade “Cien” Almas or WWE Hall of Famer Paul Ellering and The Authors of Pain. As of this writing, 27% went with Joe while 26% voted for Nakamura, 24% voted for Ellering and his duo, and 12% voted for Asuka.

– Below is video from Snapchat of Brock Lesnar working the ESPN employee cafeteria earlier this week: