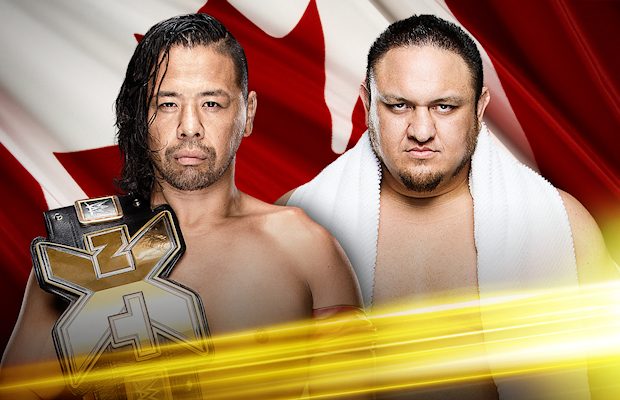 – This Fallout video from WWE NXT “Takeover: Toronto” features Mickie James after the loss to NXT Women’s Champion Asuka. Mickie gets emotional and says being out there was amazing but she’s sad because it’s over. Regarding Asuka, Mickie says she’s definitely incredible. Mickie says she thought she had Asuka’s number but Asuka was the winner. Mickie also mentions losing respect for Asuka when she turned down the post-match handshake. Mickie says the reaction from the fans did exceed her .expectations and that was a winning moment in itself. She says she’s going home a happy woman.

– Triple H noted in his post-Takeover interview that Bobby Roode had a 100-person choir for his “Glorious” entrance before the win over Tye Dillinger. You can see Roode with members of the choir as well as Shinsuke Nakamura with his violinists in these backstage photos:

A most #GLORIOUS beginning to #NXTTakeover as #BobbyRoode kicks things off!