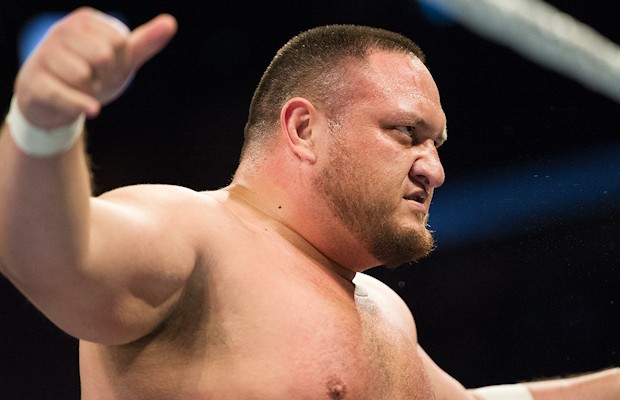 – Below is a preview for tonight’s WWE NXT with Samoa Joe vs. Apollo Crews, Nia Jax vs. Deonna Purrazzo, “No Way” Jose vs. Alexander Wolfe and NXT Tag Team Champions American Alpha vs. Enzo Amore and Colin Cassady.

– Monday’s WWE RAW ranked #2 among series & specials for the night in Nielsen’s Twitter TV ratings, behind Love & Hip-Hop. As noted, Nielsen recently confirmed to us that they have changed the way Twitter ratings are being released as Unique Audience will no longer be included. The weekly lists will now include and be ranked by tweet volume. RAW had 112,000 tweets with 26,000 unique authors. This is down from last week’s show, which had 187,000 tweets with 35,000 unique authors.

– As seen below, WWE issued a Twitter poll asking fans if they enjoyed last night’s Total Divas season finale. With over 3200 votes, 54% gave the episode a thumbs up.

Did you enjoy the season finale of #TotalDivas?

Related ItemsSamoa Joe News
← Previous Story Backstage News On Why The Rock Didn’t Interact With Roman Reigns At WrestleMania 32
Next Story → The Mighty Don’t Kneel on Making the WWE Journey Together, New Goals, What Fans Can Expect from Them