Samoa Joe On Having Two Surgeries Since Being Out Of Action, Who He's Targeting When He Returns - PWPIX.net

Home / Wrestling News / WWE News / Samoa Joe On Having Two Surgeries Since Being Out Of Action, Who He’s Targeting When He Returns

Samoa Joe On Having Two Surgeries Since Being Out Of Action, Who He’s Targeting When He Returns 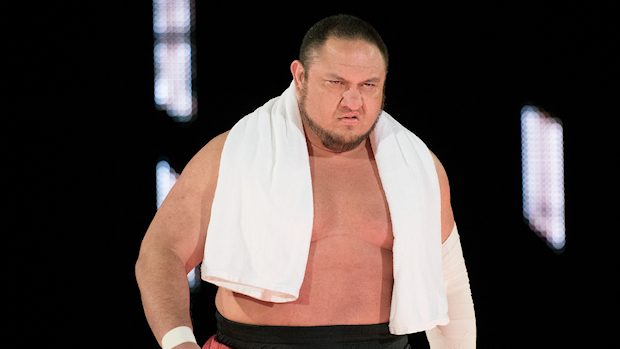 Samoa Joe hopes to return to WWE over the next few weeks after needing two operations over the past month.

The bruising wrestler tore the meniscus in his knee at a live event a week after appearing in the main event of SummerSlam but admits his body needed the medical help.

“The recovery’s going really well but I’ve only been able to perform at about 80 percent capacity since joining NXT,” Joe said in an interview with Sky Sports.

“Back then I had no chance to take time off because of the WWE opportunity before I was just treating the knee problem with ice and elevation at home.

“Now it’s the best I’ve ever felt, it really is. I also needed nasal surgery as I’ve broken my nose about eight times in my career so I was only breathing at around 60 percent. You have no idea how invigorating it is now.”

Joe insists he will be back soon as he’s waiting for final clearance from WWE doctors. It has been reported that he will be out of action until late October.

The 38-year-old was enjoying the biggest push of his career before the injury, which culminated with a Universal Championship Match against Brock Lesnar at Great Balls of Fire.

“I’ve proved I’m a formidable opponent. I got in his face, smashed him in the mouth and took it to him,” he said. “I’m coming for him again. It’s going to hurt, it always does, but there are no nuances here, you’ll see two bad dudes just go at it.”

As well as a rematch against Lesnar, Roman Reigns is Joe’s other major target after his victory over John Cena at No Mercy last Sunday.

“Roman Reigns is very good, he’s at the peak of his career,” Joe said. “The fans have a bone to pick with him but that doesn’t concern me.