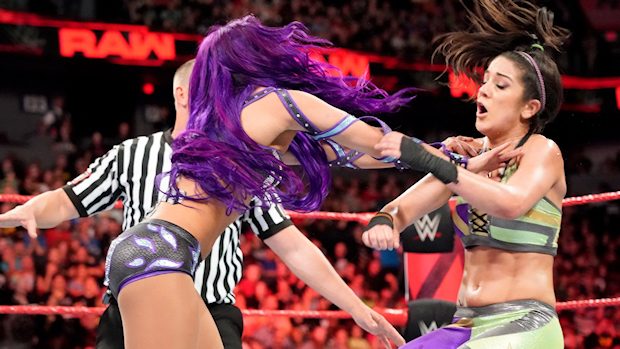 – Bayley finally snapped on Sasha Banks this week, but Raw General Manager Kurt Angle isn’t about to let the fracturing friendship between the two former champions explode into outright hostility just yet. Following “The Huggable One”‘s assault, Angle informed each woman individually that they would have to undergo counseling in order to keep their jobs as Raw Superstars.

Sasha is taking this storyline to social media as she blamed Bayley for missing tonight’s WWE live event in Rapid City, South Dakota (which she wasn’t actually scheduled for).

Bayley got my flight canceled to #WWERapidCity so sorry to all my fans. I was going to put on a 5star co main event!

Bayley also issued an apology for missing the show (she wasn’t scheduled for the show either).

Still not sure how I feel about being forced to go to therapy over something that isn’t my fault. I’m gonna have to take a personal day today. Sorry #WWERapidCity ❤️

Deeb, who now works as a coach at the WWE Performance Center, tweeted the following today.

❤️ Thank you for the beautiful birthday wishes. 💜

This journey moves fast and I am humbled and grateful for each moment I have to grow into a better person.