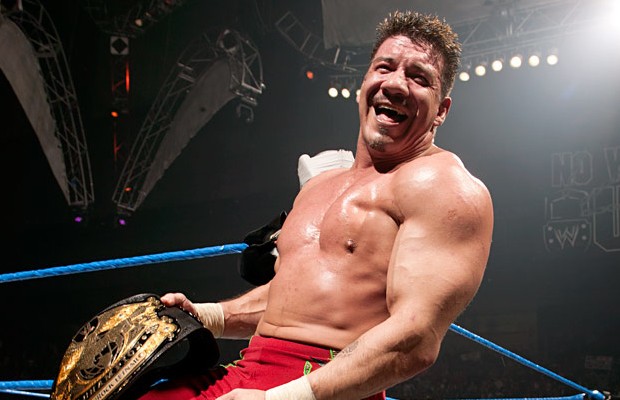 Today marks the ten year anniversary of Eddie Guerrero’s death at the age of 38. It’s a difficult day for his family, friends, and wrestling fans because of who Eddie was, the personal struggles he overcame before his untimely death, and his excellence in the ring.

Sasha Banks is remembering Eddie Guerrero on this day, who she has said is her favorite wrestler of all-time.

There would be no Sasha Banks if there wasn’t a Eddie Guerrero! You will always be in my heart #ThankYouEddie pic.twitter.com/flaV0XuXVv

During an appearance on Talk Is Jericho in August, Banks expressed her admiration for him. People often ask her why the late WWE Superstar is her favorite, but she can’t really pinpoint it. Growing up, she was a “girlie girl” dreaming to be beauty queen, but became hooked on wrestling after watching an Eddie Guerrero match.

Banks loves everything about Guerrero and hopes to became a female version of him. Jericho said he’s one of the greatest total package performers of all-time, and she definitely agrees.

In a rather sad story, Banks revealed that she went to the first WWE event following Guerrero’s untimely demise. According to Banks, she won tickets to be in the front row the day before the event. Unbeknownst to her, Guerrero passed away prior to the show. Banks, who brought her own “I Love Eddie” sign to the event, assumed “R.I.P. Eddie” signs in the crowd had to do with Guerrero facing off against The Undertaker that night. Banks called missing the opportunity to see Guerrero live and in person “one of the most heartbreaking things ever.”