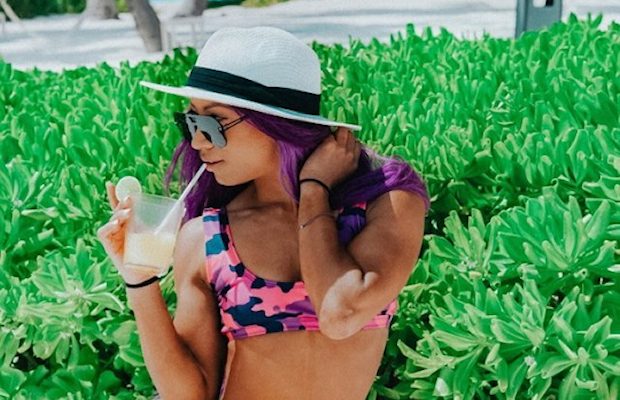 — According to Mike Johnson of PWInsider, WWE management listed Sasha Banks for a European tour that kicks off today in Belfast, Northern Ireland, but she did not travel with the Raw roster.

Johnson was also told that Banks was slated to film promotional material for the next WWE 2K video game this week. Based on her posts on Instagram Story, it doesn’t appear that she took part in that.

Banks is still at a “stalemate” with WWE, stemming from her allegedly trying to quit WWE over creative decisions for her character and overall booking. She’s been given time off to reconsider her position, but each passing week makes it seem like she won’t change her stance. The company is said to be planning to hold Banks to her contract and extend it as much as they are legally able. Dave Meltzer wrote Monday on F4WOnline: “I have a feeling WWE will freeze Banks’ contract so long she’ll think she’s in Antarctica.”