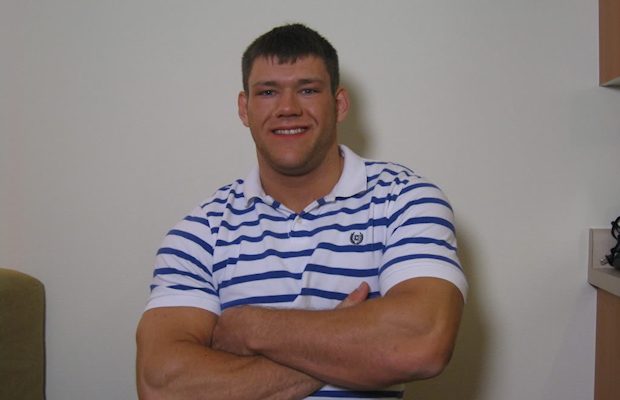 Lars Sullivan could be in big trouble over a number of controversial remarks he made on a message board before he joined WWE.

The SmackDown LIVE Superstar, whose real name is believed to be Dylan Miley, was a wrestling fan before joining WWE in 2013. Back in 2007, WWE Magazine published a letter from him explaining that his girlfriend dumped him because he loved WWE.

Sullivan was also an avid bodybuilder as he often posted on the Bodybuilding.com message board, which features a forum dedicated to WWE and wrestling. We first heard about Sullivan due to his message board posts as he mentioned getting signed by WWE after a tryout at the Performance Center in August 2013 (all this got reported in the Wrestling Observer Newsletter). He was the only person signed from a tryout that featured several notable independent wrestlers at the time, including Ivar of The Viking Raiders, Joey Ryan, Eddie Edwards, and Davey Richards.

Sullivan initially posted on Bodybuilding.com under the username Disenfranchised. His user profile features a gallery of photos of him when he was a teenager. The account got banned and in 2011 he started posting under the username elperfecto. A few months before he signed with WWE, he posted a photo from that account of himself on a hike with a woman who may have been his girlfriend at the time.

Between both usernames, Sullivan made close to 11,000 posts. As Disenfranchised he made 5,272 posts. As elperfecto, he made 5,643 posts. Between both accounts, Sullivan made a number of controversial remarks from 2008 through 2013. The sentiments expressed in the posts range from crass jokes to controversial views on race and other subjects. He also ripped a number of wrestlers that he now works with in WWE.

With Sullivan in the midst of a huge push on the main roster, a Reddit user compiled a comprehensive list of the WWE Superstar’s most controversial remarks in a post on Wednesday. Another tweeted a link to the Reddit post to Big E and wrote, “Are you aware of this racist asshole that you’re going to have to work with?”

Many are aware. If true, he has to bear the albatross of being a bigot & working in a company that is now filled with minorities.

Sullivan is definitely aware of Big E’s tweet as he began following him on Instagram shortly thereafter.

Sullivan stopped posting on the WWE forum shortly after signing with WWE. He continued posting on a few other forums for a few more months, mostly talking about sports. He made his last post on March 27, 2014, and began training at the Performance Center a few months later.

10 Rare Photos Of Lars Sullivan Before WWE →
Long before he became a WWE Superstar, Lars Sullivan was a WWE superfan in Colorado. Check out these 10 rare photos of “The Freak” before he decided to become a Superstar himself.