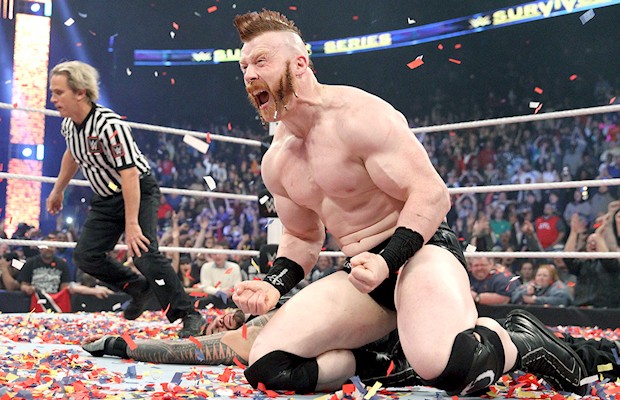 – Jonathan Coachman covered WWE Survivor Series and RAW moments in his “Off The Top Rope” segment on ESPN’s SportsCenter tonight. Coachman showed clips of Neville’s 450 on Mark Henry, The Undertaker and Kane defeating The Wyatt Family, The New Day canceling their open challenge on RAW and the Roman Reigns – Sheamus ending to Survivor Series.

WWE World Heavyweight Champion Sheamus joined Coach next. Coach asked about the reports of a potential Islamic State (ISIS) terror attack at Survivor Series. Sheamus said WWE took the threat very seriously and worked with all agencies throughout the weekend to ensure their safety. He says WWE has beefed up security at live events and there is no safer place than a WWE event.

Sheamus also talked about winning the WWE World Heavyweight Title on Sunday. Coach asked what it means to be the only Irish-born WWE Superstar to win the title. Sheamus says he’s always been proud to be Irish and the Irish are the hardest-hitting athletes in the world right now. He names UFC star Conor McGregor and WWE NXT Champion Finn Balor.

Coach asks how he’s preparing for the TLC match next month against Reigns. He says there’s no way to prepare but it’s going to be chaos and anarchy. He says there will be bumps and bruises but he’s climbing the ladder and taking his title home. Sheamus says it will be a great Christmas dinner with his title right beside him. He also talks about his recent appearances with Notre Dame and their football team and says they have welcomed him with open arms. He plans on being on the sidelines with the title as Notre Dame wins the national championship this year. He says there’s no better time to be Irish and he’s beaming with Irish pride right now.