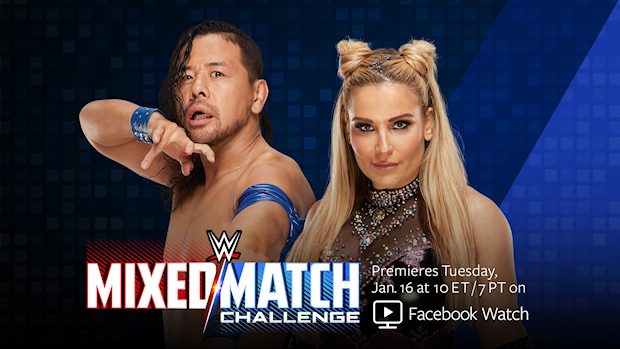 On the pairing, WWE.com states:

The explosive pairing of The Artist with The Queen of Harts will truly prove to be something special. A graduate of the infamous Hart Family Dungeon, as well as a former SmackDown Women’s and Divas Champion, Natalya has shown time and time again that her technical expertise is second to none. Mixed with the charismatic Strong Style of the two-time NXT Champion, this combination promises to present a tag team arsenal so dynamic, so explosive, that it could arguably rival that of the original Hart Foundation.

Together, Nakamura and Natalya will do battle in the ground-breaking tournament on Facebook Watch, where male-female WWE Superstar pairings will attempt to win $100,000 for a charity of their choice. Each showdown in the competition will follow traditional Mixed Tag Team Match rules: When tagged, male Superstars face off with the opposing team’s male competitor, and female Superstars battle fellow female competitors.