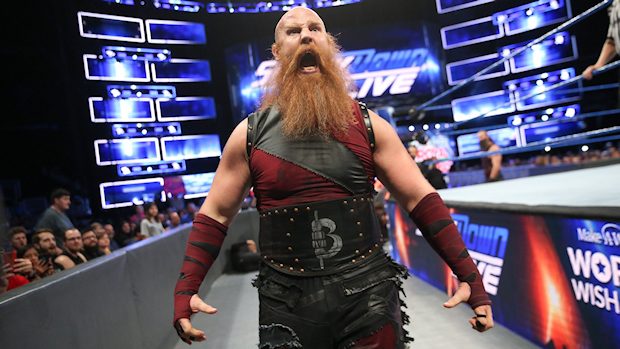 – The New Day may have technically scored the win at SummerSlam, but there was no celebration. After a brutal mallet assault from SmackDown Tag Team Champions The Bludgeon Brothers, Big E and Xavier Woods were declared the victors by disqualification, leaving the Barclays Center with bruises, but no titles.

Unfortunately for Rowan, he suffered an arm injury during the match.

Rowan did not work tonight’s WWE live event in Atlantic City, New Jersey, according to Mike Johnson of PWInsider.com, who was told that he would get the injury evaluated at the show. The word amongst SmackDown LIVE Superstars is that Rowan may have torn his biceps.

Help celebrate @byronsaxton today by wishing him a happy birthday!

– Before Raw went on the air tonight from the Barclays Center in Brooklyn, New York, the following two matches were taped for the August 23 episode of WWE Main Event.