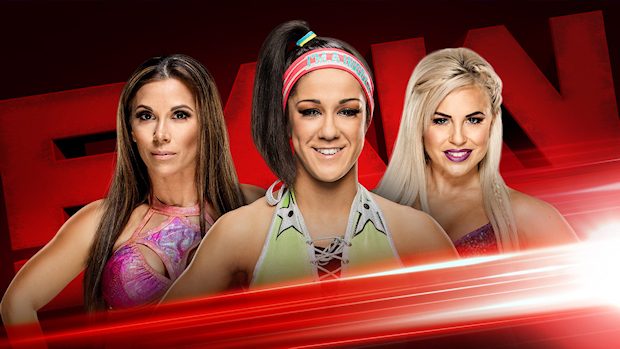 Alicia Fox is as unstable as they come, but she’s clearly taking her captainship of the Raw Women’s Survivor Series team seriously.

Last Monday on Raw, Fox added Asuka and Sasha Banks to her team, which also includes herself and the forceful Nia Jax. Who will fill that all-too-crucial final slot? We’ll find out on Raw tonight when Bayley, Mickie James and Dana Brooke collide in a Triple Threat Match, with the winner becoming the fifth Superstar to represent Team Red in the Women’s 5-on-5 Traditional Survivor Series Elimination Match.

Over the weekend, Mike Johnson of PWInsider.com reported that there was talk among some in WWE that Paige would somehow be inserted into the Raw Women’s Survivor Series team. While Paige is currently backstage at Raw in Atlanta, Georgia, Johnson was told that WWE’s plan as of this afternoon is for Bayley to be the final member of Team Raw.