WWE Announces Match with The Shield for Tonight's RAW - PWPIX.net

WWE Announces Match with The Shield for Tonight’s RAW 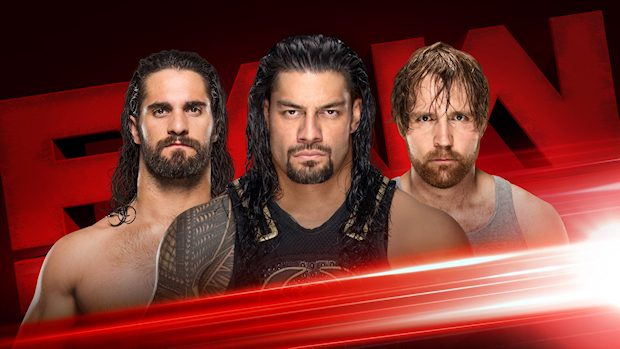 WWE has announced The Shield vs. WWE Intercontinental Champion The Miz and RAW Tag Team Champions The Bar for tonight’s RAW in Atlanta.

The Big Dog is back

Sidelined due to illness and forced to miss The Shield’s anticipated return match at WWE TLC, Roman Reigns returns to Raw this Monday night to stand alongside Seth Rollins & Dean Ambrose in a bout with The Miz, Cesaro & Sheamus that was announced on Facebook this afternoon.

The New Day’s distraction this past week resulted in Cesaro & Sheamus essentially stealing the Raw Tag Team Titles from Rollins & Ambrose, so the reunited Hounds of Justice have multiple bones to pick as they seek retribution not only against The Bar, but Team Blue as well.

Now that The Big Dog is stepping back into his yard, will the reunion of The Shield have Survivor Series implications?