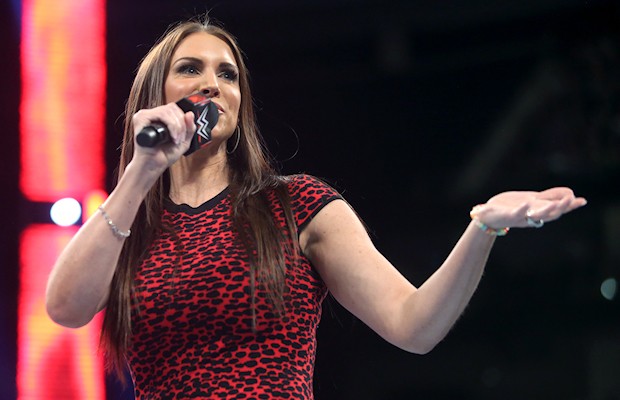 – Stephanie McMahon wrote an article for The Players’ Tribune before WrestleMania 32 to discuss the new WWE Women’s Title, the decision to call all performers Superstars and more. You can read her full blog at this link. Below are highlights:

The role of women evolving in WWE:

The role of women in WWE has continued to evolve. For the first time in WWE history, Sasha Banks and Bayley became the first women to main event an NXT pay-per-view, and they tore the house down. In fact, their match the month before at NXT TakeOver was voted “match of the year” by our fan base. And earlier tonight, at WrestleMania, Charlotte, Sasha and Becky competed in a triple threat match, which ultimately saw Charlotte leave as the champion.

All WWE performers being “Superstars” now:

Our female performers are world-class athletes, actors, public speakers and philanthropists. They’re role models, inspiring and empowering women and girls to be confident and strong. They dedicate themselves to WWE, achieve great success and earn the same respect as their male counterparts. Therefore, from this point forward, all of our performers – male and female – will be known as “Superstars.”

Lita made reference to all of the pioneers who have led the way for this transition, including “The Great” Mae Young, Fabulous Moolah, Wendi Richter, Sensational Sherri, Trish Stratus and recent Hall of Fame inductee Jacqueline. She spoke of her pride in the Divas Division, the evolution of the Women’s Division, and then she revealed the physical symbol of this transition: a brand new WWE Women’s Championship belt with the same aesthetics as the male WWE World Heavyweight Championship belt. This title belt represents the pinnacle of achievement, and that in WWE, it isn’t about gender, race or ethnicity — it is simply about being the best at what you do.