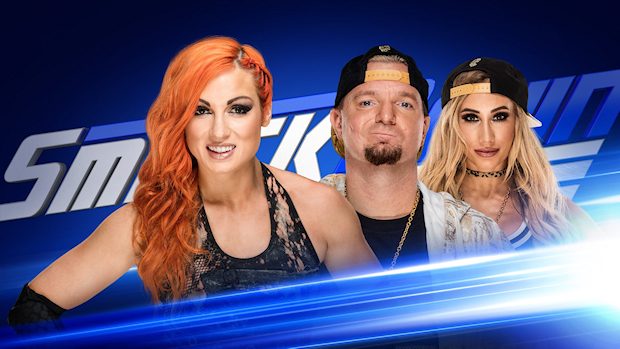 – Below is a new promo for Wednesday’s Total Divas episode:

This season of @TotalDivas is NEXT-LEVEL good…
Tune in for an ALL-NEW episode this Wednesday at 9/8c on E! #TotalDivas pic.twitter.com/hGioOEpiB9

– As seen below, Triple H stopped by SPORT TV in Portugal to celebrate WWE’s partnership with the network before Monday’s WWE live event in Lisbon. He tweeted the following:

Stopped by our TV partner, @SPORTTVPortugal beautiful studio before #WWELisbon…Thank you for the gift and continued partnership w/ @WWE. pic.twitter.com/gqWxomzS3I

– As noted, Becky Lynch vs. James Ellsworth will take place at tonight’s WWE SmackDown in Manchester, England. There’s now speculation on Ellsworth taking Becky’s Team Captain spot for the women’s 5-on-5 Traditional Elimination Match at Survivor Series as Ellsworth tweeted the following. Also below is a new backstage promo from Ellsworth: