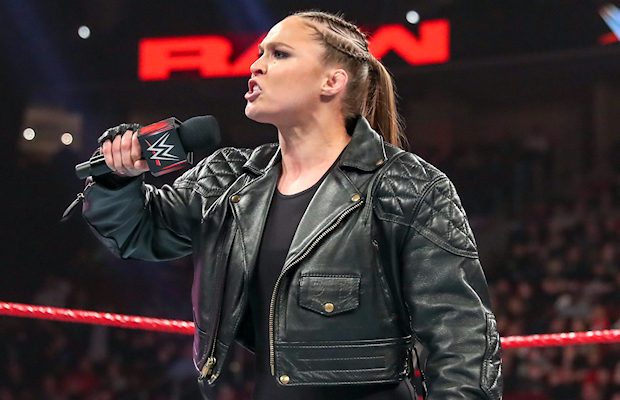 Hours after her brutal attack on Becky Lynch on Raw, Ronda Rousey said a lot of f-words while ing the motivation behind her actions on the latest episode of her YouTube vlog series, Ronda on the Road.

The Raw Women’s Champion had a pretty simple explanation as to why she attacked Becky.

“Rebecca Quinn talked s*** about my husband, and I told her I’d beat the f*** out of her next time I saw her,” Rousey said.

Rousey then said her anger with the WWE Universe has been bubbling since Survivor Series at the STAPLES Center in Los Angeles, California.

“I’m just like, ‘F*** you people! F*** you guys,” Rousey said after expressing displeasure with the crowd’s reaction to her match against Charlotte Flair.

“I’m going out there and doing whatever the hell I want. And they can explain it however they want, but … f*** ’em. Everybody. WWE Universe included. I meant that I’m going to disrespect the sport that they all love so much. ‘Ohhhh don’t break kayfabe !’ Wrestling is scripted. It’s made up. It’s not real. None of those bitches can f****** touch me. The end.”

Both Flair and Liv Morgan took to Twitter to respond to Rousey’s controversial remarks.