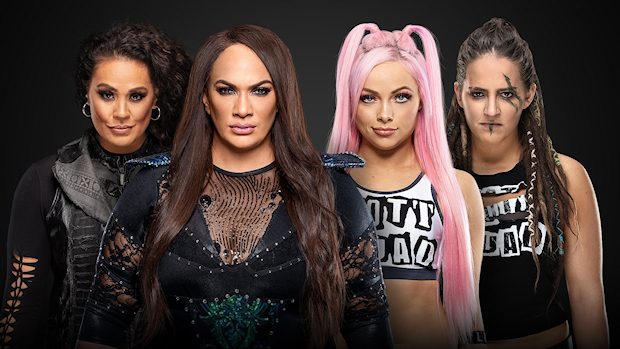 In a WWE Women’s Tag Team Championship Elimination Chamber Qualifying Match on Raw tonight, Nia Jax and Tamina earned their way into the contest with a victory over Bliss and Mickie James.

Later in the show, Liv Morgan and Sarah Logan joined them in the contest by taking down Natalya and Dana Brooke.

It was then announced that the final Raw team will be determined next Monday night Sasha Banks and Bayley face Alicia Fox and Nikki Cross.