Is Brock Lesnar vs. Seth Rollins Officially Set For WrestleMania 35? 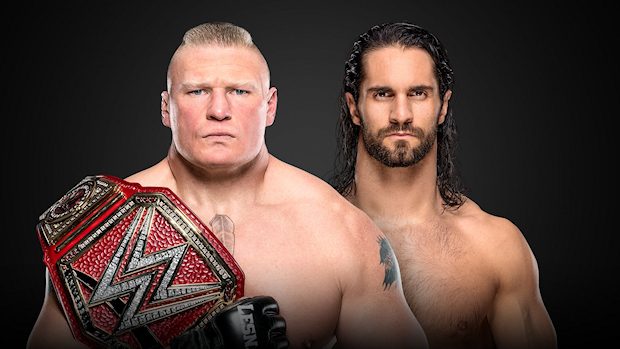 A WrestleMania match with Daniel Bryan might be looking better and better to Seth Rollins after the end of Raw.

Rollins deciding whether he’s challenging for Brock Lesnar’s Universal Championship or Daniel Bryan’s WWE Championship got hyped as the final segment of tonight’s Raw. Instead, Lesnar and Paul Heyman came out at the end of the show. Heyman cut a promo and said deciding to challenge for Bryan’s title should be the easiest choice of Rollins’ life.

Heyman said the last thing Rollins or anyone else on the planet wants to do is get in a fight with Lesnar. Rollins then came out and punched Lesnar after meeting him face-to-face. The segment ended with Lesnar hitting six F-5s on Rollins. Rollins said, “Hey Lesnar, is that all you got?” before the final F-5.

Following Raw, WWE.com confirmed that Lesnar vs. Rollins for the Universal Championship is officially set for WrestleMania 35.