The Evolution Of The Bella Twins, SAnitY Loses Dark Match Before SmackDown, Cesaro and Sheamus Sing 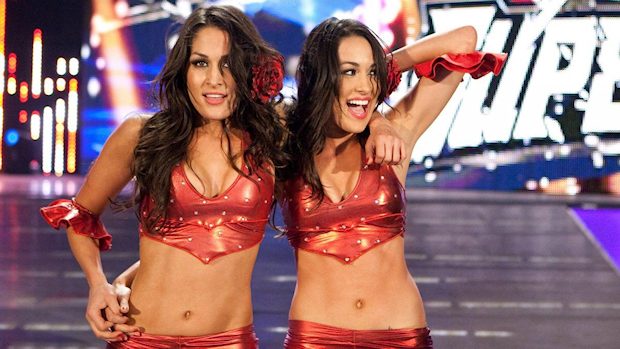 – In honor of the 10-year anniversary of The Bella Twins’ WWE debut, take a look back at Brie and Nikki through the years.

– Before SmackDown LIVE went on the air last night from the Scotiabank Arena in Toronto, Ontario, SAnitY — Alexander Wolfe and Eric Young — lost a dark match to R-Truth and Tye Dillinger.

– The Bar beat The Colons, Gallows, and Anderson last night on SmackDown LIVE in a Triple Threat Match, which brings them one step closer to a SmackDown Tag Team Title opportunity at the WWE Hell in a Cell pay-per-view event.

Cesaro and Sheamus were elated following their victory, so much so that they sang.