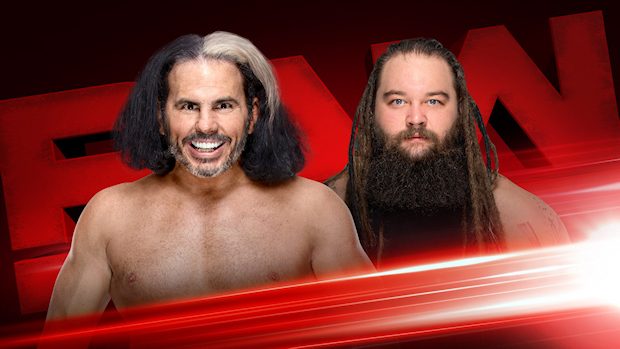 It looks like The Great War between Matt Hardy and Bray Wyatt is over as Matt won The Ultimate Deletion on tonight’s RAW. The match, taped a few weeks back at The Hardy Compound in Cameron, NC, closed this week’s RAW as the main event.

The match featured appearances by Queen Rebecca (wife Reby Hardy), father-in-law Senor Benjamin, Skarsgard the dilapidated boat and Vanguard 1 the drone. Locations used on Matt’s property were The Dilapidated City, The Land of Obsolete Men, The Dome of Deletion and The Lake of Reincarnation, where the match ended. WWE referee Shawn Bennett called the match.

The match also featured the TV return of Jeff Hardy, who has been out since September 2017 with injuries. Jeff made a brief appearance at the end as Matt was about to defeat Bray. He did not get physical.

Below are photos and videos from The Ultimate Deletion:

The wait is OVAH…

"THIS TIME FOR LAUGHTER IS OVAH!"

#WOKEN @MATTHARDYBRAND has a decision to make…