Videos: Ronda Rousey and Others Appear for Dark Segments While The Ultimate Deletion Airs - PWPIX.net

Videos: Ronda Rousey and Others Appear for Dark Segments While The Ultimate Deletion Airs 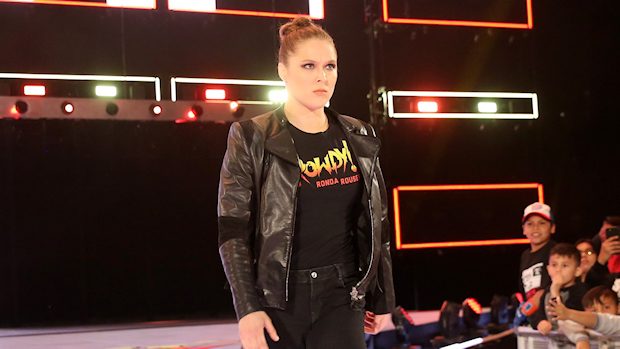 As noted, The Ultimate Deletion between Bray Wyatt and Matt Hardy aired as the main event of tonight’s WWE RAW broadcast on the USA Network. You can see photos and videos from the match at this link.

Fans inside the American Airlines Center in Dallas did not see The Ultimate Deletion but they got two dark main event segments to close the show instead.

The first segment saw Ronda Rousey and Dana Brooke have words until Ronda destroyed Dana and left her laying with a suplex. This segment happened after the video package on Ronda aired during RAW.

The second segment saw Elias come out for a live performance but he was interrupted by Braun Strowman. Braun took out Elias and chased him away but Kane made his way out next. Braun got the best of Kane and ended the show by putting him through a table. The segments with Braun took place during The Ultimate Deletion.

You can see clips from both segments below:

why yall are watching the #UltimateDELETION at home, im watching elias vs braun #WWEDallas pic.twitter.com/VmkAMavoT4

It’s not showing in the arena. We got a great Elias segment, then Elias V Braun, then Braun V Kane pic.twitter.com/XUxeLTGrgd