Tino Sabbatelli Will Be Of Action For Several Months - PWPIX.net

Tino Sabbatelli Will Be Of Action For Several Months 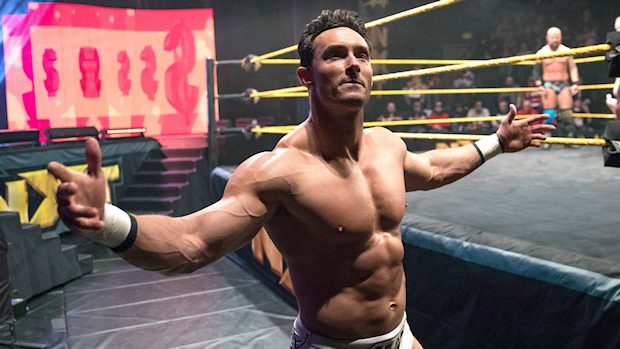 Tino Sabbatelli will be out of action for several months after suffering an injury at last Saturday’s NXT live event in Largo, Florida.

According to F4WOnline, Sabbatelli tore his pectoral muscle during a main event match against Velveteen Dream. The injury occurred when Dream gave him a dropkick. Sabbatelli immediately grabbed his chest and they finished the match moments later with Dream hitting him with the Purple Rainmaker.

Sabbatelli has since undergone surgery for the injury, which will likely require a six to nine month recuperation period.

The injury couldn’t have come at a worse time since WWE just started giving the 34-year-old a singles push.

Oh, you want to tag in @TinoSabbatelli?

The two had been teasing a break-up for months due to frequent losses, but this interview where he declared Moss as “dead weight” made it official.

At the following night’s NXT live event in Orlando, Florida, Sabbatelli appeared in formal clothing and challenged NXT Champion Aleister Black to a match the next night in nearby Gainesville.

The two worked the match, with Black pinning Sabbatelli.

A former NFL player, Sabbatelli — real name Sabatino “Sabby” Piscitelli — was drafted by the Tampa Bay Buccaneers in the second round of the 2007 NFL Draft. Sabbatelli spent six seasons playing the Safety position before joining the WWE Performance Center in October 2014. He made his NXT television debut in October 2016, teaming with Moss. They didn’t get a push, however, as the two did not get a win on television until last October.