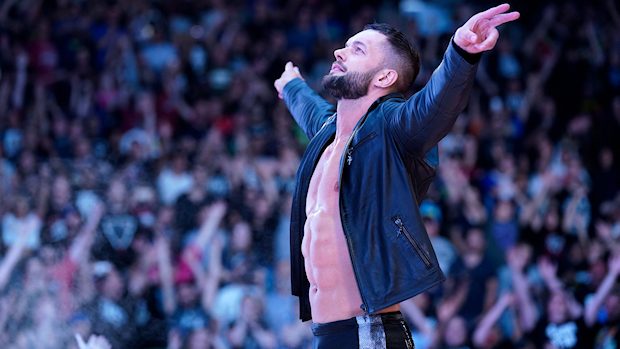 – After wrestling Acting General Manager Baron Corbin on Raw last Monday, Finn Balor was icing his surgically repaired shoulder backstage. He tweaked his shoulder during the match, although it’s not seen as serious.

Balor rallied down the stretch to such a degree that Corbin had to whack him with a chair, leading to an apparent disqualification. Corbin then announced after the fact that he had “forgotten” the match was under No Disqualification rules. Corbin didn’t hesitate to exploit the rule change, hitting Balor again with the chair before executing End of Days for the 1-2-3.

– Tino Sabbatelli, who is currently sidelined after tearing his pectoral muscle during a match in April, revealed on his Instagram Story earlier this week that he underwent another procedure.

There’s no word on how long the NXT star will be out of action, but this type of injury generally requires a six to nine month recuperation period following the initial surgery.

On another note, Sabbatelli turned 35 years old on August 24.

– Zack Ryder is Lilian Garcia’s next guest on Chasing Glory with Lilian Garcia. You can listen to the interview this Monday via LilianGarcia.com.

Do you hear that?? That’s me chanting #WooWooWoo because not only is it another #GloryFriday, but I also get to announce that @zryder85 will join #ChasingGlory next Monday!! ⭐️ Tune in Monday to hear #ZackRyder’s INCREDIBLE chase for glory with all his highs and lows. SO many lessons you will want to hear and learn from! All happens next Monday on #applepodcasts & all your favorite #podcast apps INCLUDING the NEW CHASING GLORY APP for IOS & ANDROID! #spreadtheword 🙌🏼